Anisul Huq or Anisul Hoque (Arabic: انیس الحق‎) meaning “friend of the truth”, is a Muslim male given name. Notable people with the name include:

Annisul Huq (27 September 1952 – 30 November 2017) was a Bangladeshi Entrepreneur, television show host and the mayor of Dhaka North City Corporation. According to the affidavits submitted to the Election Commission in March 2015, he had amassed a net worth of US$3.25 million. 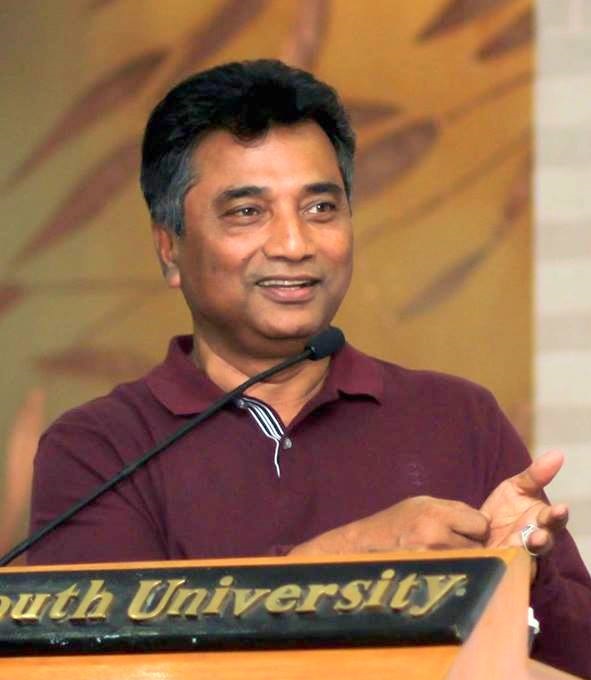 Early Life and Education: He was born on 27 September 1952, Sonapur at Sonagazi in Noakhali to Shariful Huq and Rowshan Ara Huq. He passed SSC from Dinajpur Zilla School in 1970. He completed his bachelor’s degree from the University of Rajshahi and had a master’s in economics from the University of Chittagong. His father was an official of the Bangladesh Ansar.

Career Television: Huq was a regular host on Bangladesh Television in the early 1980s. He had hosted interviews with politically significant personalities.

Business: Huq established his own business, Mohammadi Group in 1986 and had been the chairperson of the company before his death. As of 2007, the group had 7,000 employees in the textile and garments sector. The conglomerate is also involved in real estate, IT, a power generation company that directly contributes to the national grid and a distribution company that represents multiple foreign television channels. The group has an independent TV channel named Nagorik.

As mayor, Huq promised to build Dhaka into a clean, green and safe city, although he received some flak for his involvement of foreigners. 20,000 illegal billboards were removed as part of the clean-up project. Mayor Huq made it clear that he will not put up with resistance from vested interests in his clean-up efforts.

Death: In July 2017, Huq was admitted to a hospital in London. He was diagnosed with cerebral vasculitis. He died on 30 November 2017, after being in a sedative condition for more than three months.